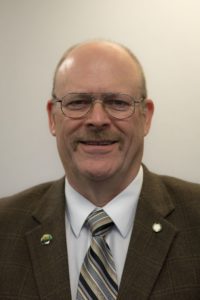 UA Local Union 290 is dedicated to protecting the health and welfare of those who live and work within our jurisdiction. Our mission is to perform all the tasks related to our trade with excellence and integrity, and to ensure that we provide a fair day’s work for a fair day’s pay. We are proud to serve the citizens throughout the state of Oregon and in those areas of Washington and California where our skills are required.

Letter to all members from General President McManus

April 10. 8am to 12pm
Register by March 19th
Register Here: https://us02web.zoom.us/webinar/register/WN_aOotAQ4aREquHpnHBRpKmQ
Presentations on
This will be a Zoom Webinar event. You must register to receive the webinar link. To receive your local and national pension print outs, please register by 3/19/21.

Our Joint Apprenticeship Training Committee’s (JATC) primary mission is to train highly qualified, skilled and marketable Plumbers, Steamfitters, and HVAC/R technicians for our industry. We are dedicated to developing professionals who bring expertise, character and a sense of teamwork to the clients we service, the contractors who employ us and the union we represent.

The recruitment, selection, employment and training of apprentices during their apprenticeship shall be without discrimination because of race, sex, color, religion, national origin, age, disability or as otherwise specified by law. The sponsor shall take positive action to provide equal opportunity in apprenticeship and will operate the apprenticeship program as required by the rules of the Oregon State Apprenticeship and Training Council and Title 29, Part 30 of the Code of Federal Regulations.

UA Local 290 is a local union chartered by the United Association of Plumbers and Steamfitters, an international union with more than 350,000 members in the United States and Canada. UA Local 290 is a multi-craft union made up of more than 4,000 active and retired members specializing in the fabrication, installation and servicing of piping systems. From master plumbers to certified welders and specialized pipe fitting journeymen, our union is proud to have such a diverse group of piping professionals in our ranks. This website is dedicated to the men and women, both past and present, whose skills ensure the health and welfare of our nation.

The UA chartered Local 290 on July 22, 1985, when local unions throughout the State of Oregon were merged into a single entity. Eureka, California voluntarily merged with Local 290 in 1992. LU 290 has a very large jurisdiction stretching 2.5 miles south of Woodland, Washington down to Eureka, California, and as far east as Morrow, Wheeler, and Lake/Harney counties in Oregon.

The United Association has been training qualified pipe tradesmen longer than anyone else in the industry. This large international union celebrated its 125th anniversary in 2014. Our Local boasts one of the premier training programs in the nation. The UA Local 290 College of Mechanical Systems and Technology encompasses 10 training facilities with over 70 instructors, bringing in a vast range of knowledge and experience that is unmatched in the industry. Our curriculum includes five-year apprenticeship programs and extensive journeyman training, as well as organized instructor training and certification programs. Our signatory contractors offer apprentices valuable on-the-job experience. Under the careful guidance and instruction of journeymen, these apprentices will apply what they’ve learned in the classroom to the jobsite.

Our local union works on many different projects, large and small. For example, our members are at work at OHSU on the South Waterfront in Portland and the server farm in Central Oregon for Facebook. With a large jurisdiction stretching all the way to Northern California, our members provides skills on high profile projects in the Pacific Northwest, such as the decommissioning of the Humboldt Bay Power Plant.

Are you satisfied with your wages? Your benefits? Your working conditions? Do you want a little respect and dignity on the job and an opportunity to build a better future for yourself and your family? Join to improve working conditions and provide a better quality of life.

What are the advantages to organizing in the workplace?

Most employers try to convince workers not to Unionize. Why? Because employers know that with a Union, workers gain power to make themselves heard, and employers must listen. That is exactly what having a Union is all about; having a strong collective voice to stand up to employers in order to gain decent working conditions, pay, benefits, job security, dignity, and respect on the job. In fact, the only way to gain a voice at your job and gain real positive changes in the workplace is to get it in writing, in a legally binding contract. When we stand alone, we are powerless. Your employer holds all the cards and he calls all the shots. By standing together, workers gain a seat at the table and the ability to obtain a fair deal. We understand that the only way working people can truly protect their jobs and their families is by standing together and negotiating a legally binding Union Contract.

What is the United Association?

The United Association of Journeymen and Apprentices of the Plumbing and Pipe Fitting Industry of the United States, Canada and Australia (UA), affiliated with the national building trades, represents approximately 370,000 plumbers, pipe fitters, sprinkler fitters and service technicians in North America and Australia. The “UA”, as it is commonly known is a multi-craft union whose members are engaged in the fabrication, installation and servicing of piping systems.

The UA has been training qualified pipe tradesmen longer than anyone else in the industry. The United Association boasts the premier training programs available in the industry today, including five-year apprenticeship programs, extensive journeyman training organized instructor training, and certification programs. There are currently over 300 local unions in the United Association. The local unions are located in all of the 50 states of America and every province of Canada. Members are free to travel from one local area to another to satisfy the needs of local work conditions.

Who does Local 290 recruit?

Another way to join Local 290 is by working a minimum of five years in any UA trade and completing a series of tests at our Training Centers to be a qualified journeyman. If you do meet the work experience requirements but cannot test in, you may qualify for a custom training program. You must have marketable skills and show a desire to stay on track and join our Local. If you qualify or have additional questions, please contact our Director of Organizing, Dave Sheridan at 503-612-4911 or email him at daves@ua290.org.

Why must I pay dues?

It takes money to run an organization, like a church, a club, or a union. Union dues pay for contract negotiation expenses, office and support services, legal services, union newsletters and other communications, training for stewards and members, and organizing.